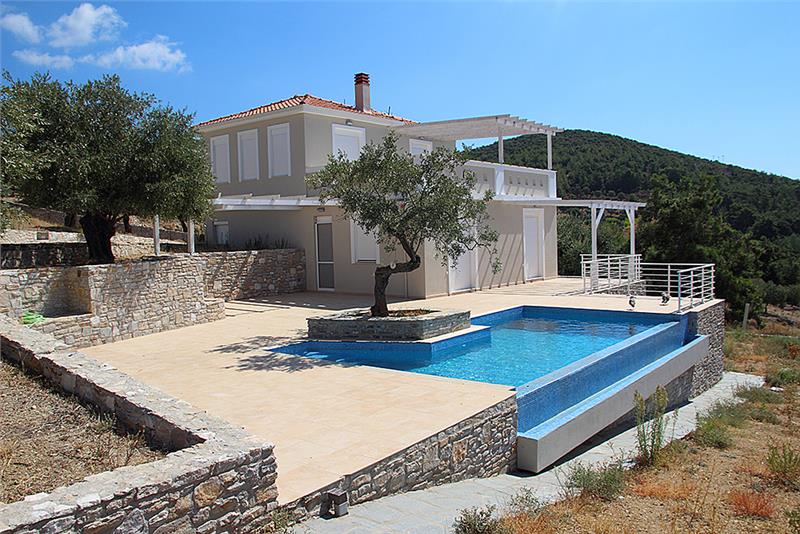 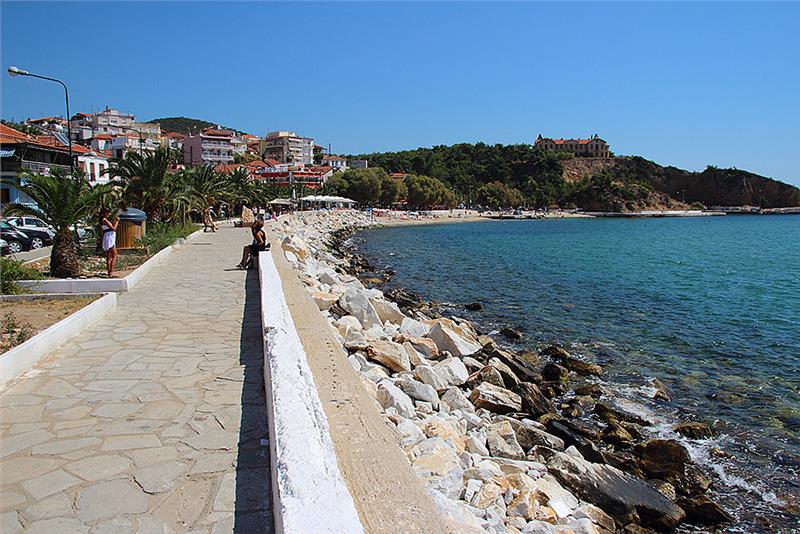 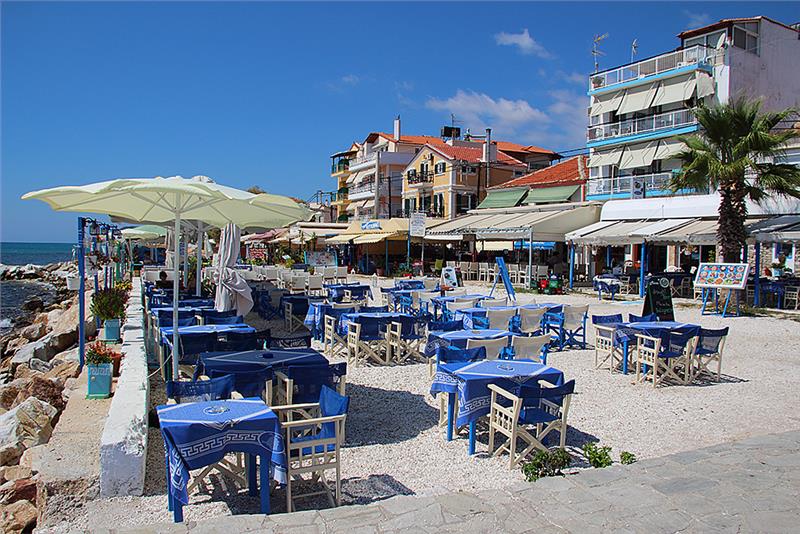 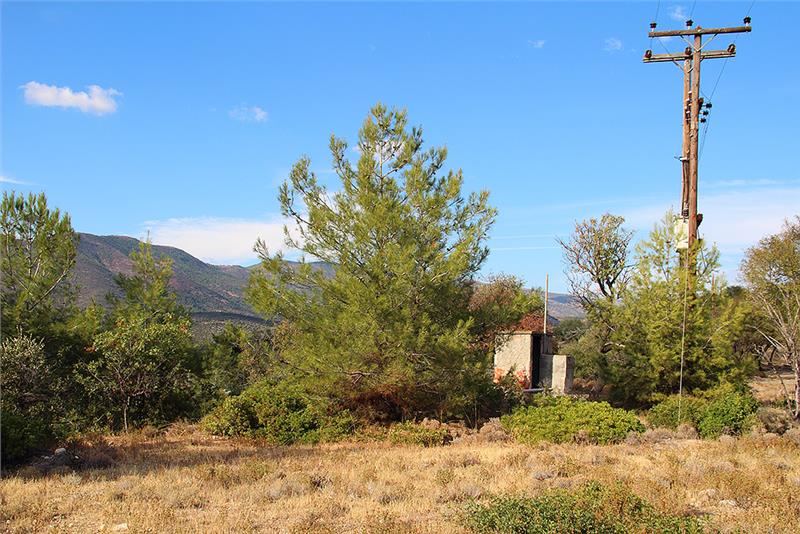 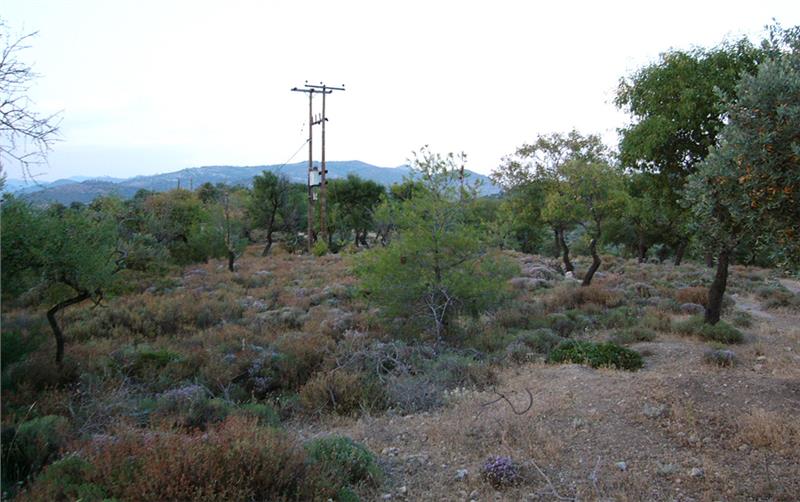 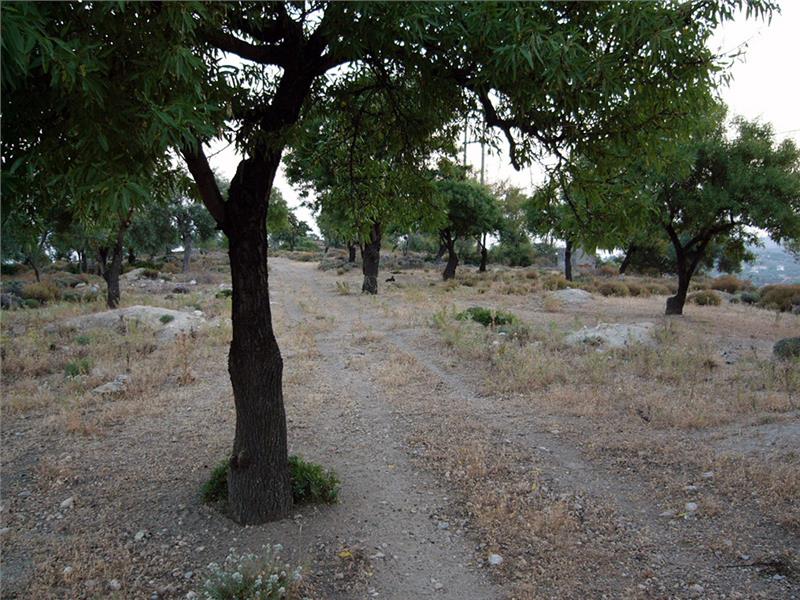 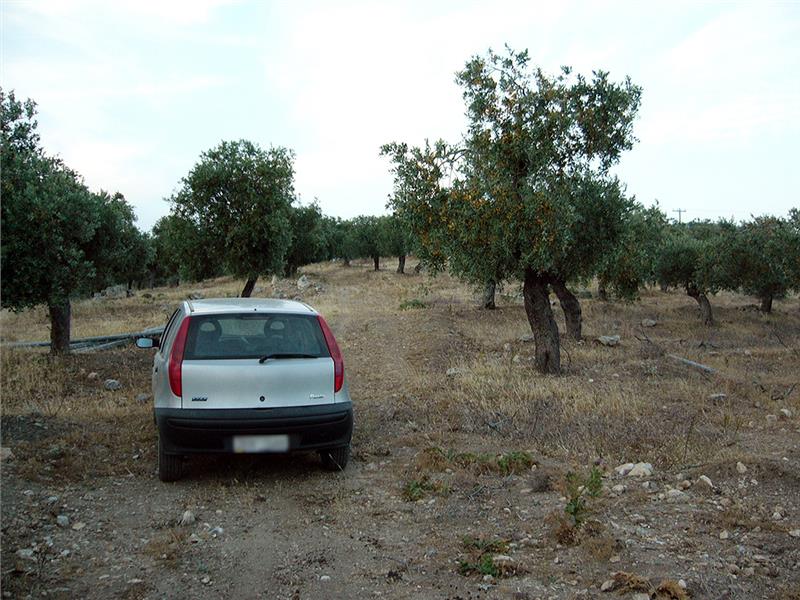 Fantastic allotment (large plot) of over 8000 square meters, slightly sloping with olive vineyards. Located in the periphery of a village with breath taking views over the Aegean Sea, which continuously changes in all colours blue during the day, depending on the sun’s angle.
A building permit on the allotment has not been submitted yet, but in the vicinity on the same slope a modern villa (see photo number 2) has been recently built. The allotment is already connected to the electricity grid and (tap / sweet) water system.
Thasos island is located in the northern Aegean sea approximately 7 km (4 mi) from the northern mainland and 20 kilometres (12 miles) south-east of Kavala, and is of generally rounded shape, without deep bays or significant peninsulas. The terrain is mountainous but not particularly rugged, rising gradually from coast to centre. The highest peak is Ypsario (Ipsario), at 1,205 metres (3,953 feet), somewhat east of centre. Pine forest covers much of the island's eastern slopes.
Historically, the island's population was chiefly engaged in agriculture and stockbreeding, and established villages inland, some of them connected via stairways (known as skalas) to harbors at the shore. The local population gradually migrated towards these shoreline settlements as tourism began to develop as an important source of income. Thus, there are several "paired villages" such as Marion–Skala Maries, with the former inland and the latter on the coast.
The earliest mining on the island has been dated to around 13,000 BC, when paleolithic miners dug a shaft at the site of the modern-era Tzines iron mine for the extraction of limonitic ochre. Mining for base and precious metals started around the 7th century BC with the Phoenicians, followed in the 4th century by the Greeks, then the Romans. These later mines were both open-cast and underground., mostly to exploit the island's numerous karst hosted calamine deposits for their lead and silver. Gold, copper and iron were also found; the Byzantines quarried marble on the island.
In the early 20th century, mining companies exploited the island's Zinc-lead rich calamine ores, with a yield of around 2 million tonnes, and a processing plant at Limenaria produced zinc oxide. Iron ore was mined on a significant scale from 1954 to 1964, with a yield of around 3 million tonnes. Since 1964, surveys have established the existence of a deep-level zinc-lead deposit, but the only mining activity on the island has been marble quarrying.
There are numerous beaches and natural pools all around Thassos.
For example near Skala Panagias:
• Skala Prinos,with lots of pines, lying at a several kilometres length. This wonderful beach is ideal for swimming, clean and sandy. In 2004 it has became a Blue Flag beach.
• Pachis, with clear water and a lot of visitors
• Rachoni,long beach with a forest
• Glyadi, with golden sand and shallow sea
• Skala Potamia and Golden Beach, one of the most clean beaches on the island. Also has a camping site, lots of restaurants, bars, and nightclubs.
• Giola is a natural swimming pool with crystal clear turquoise waters! Giola is located in the village of Astris, a few kilometers from Limenaria and Potos, on the south side of the island. http://ithassos.com/giola-natural-pool-beaches
• Saliara, with white sand (also known as Marble beach). http://ithassos.com/saliara-marble-beach
• Paradise, Paradise Beach is approximately 23 km from Thassos town via the coastal road that circles the Island. Although not signposted itself there is a signpost for the “Paradise Bar on the Beach” which is visible from the anticlockwise direction (keep an eye in the rear view mirror if travelling clockwise). There is space for a few cars by the main road (5-10mins walk). http://ithassos.com/paradise-beach-thassos
• Metalia Beach Thassos: Metalia beach is situated on the foot of a villa at Limenaria. It is a fine sandy beach ideal for children and lies 39 km south west of Limenas, the capital of Thassos. http://ithassos.com/greece-thassos/metalia-beach
• Glykadi Beach Thassos: Just 4.5 km north-west of Port Thassos beach is Glikadi. Overlooking Thasopoula, this sandy beach of 150 meters with the blue waters offers relaxation in a lush natural environment. It is organized into umbrellas and sunbeds from a bech bar but no other infrastructure. http://ithassos.com/glykadi-beach-thassos
Interesting sites to visit:
• Polygnoatos Vagis Municipal Museum in Potamia
• Archaeological Museum of Thasos in Thasos town
• Polygnotos Vagis Municipal Museum in Potamia
• Folklore Museum of Limenaria
• Archangel Michael's Monastery
• Saint Panteleimon Monastery:it was built in 1843 and became monastery in 1987. According to inhabitants of Thassos, someone wanted to built it in favor of Saint Panteleimon. The workers started the building at a location, but next day when they wanted to continue with the construction, the part they had built was destroyed and their tools were missing. It had happened on following days. One day they saw footprints on the ground and followed them until they founded their tools. Finally they built the monastery at that spot.
• Monastery of the Assumption
• Kastro: its foundation year is unknown. This village must have been created during the years of Frankish domination.
• Krambousa Isle: it can be found across the coast of Skala Potamia. The thick vegetation make it impossible to exlore all parts of it. It is full with spacial wild vegetable called "Krambi". The little church of Saint Daniel is located at the top of the hill. The inhabitants visit this church on the day of the Saint every year.
Thassos: One of the most interesting places on planet earth! 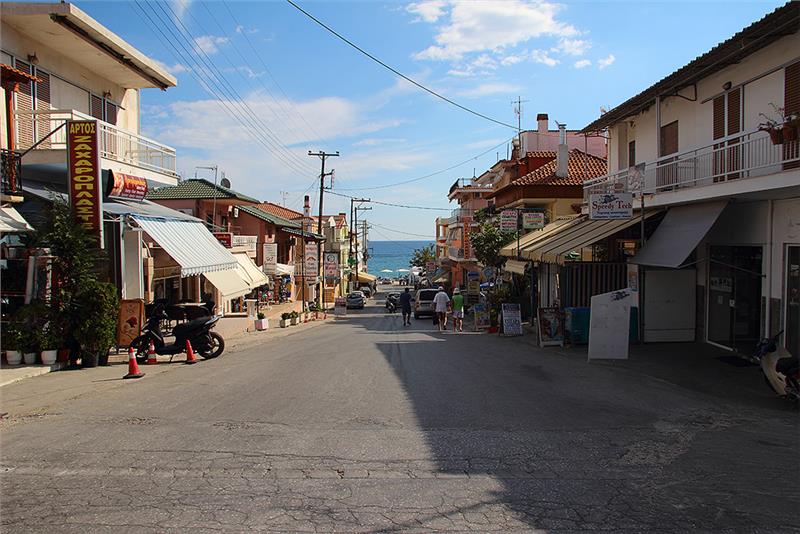 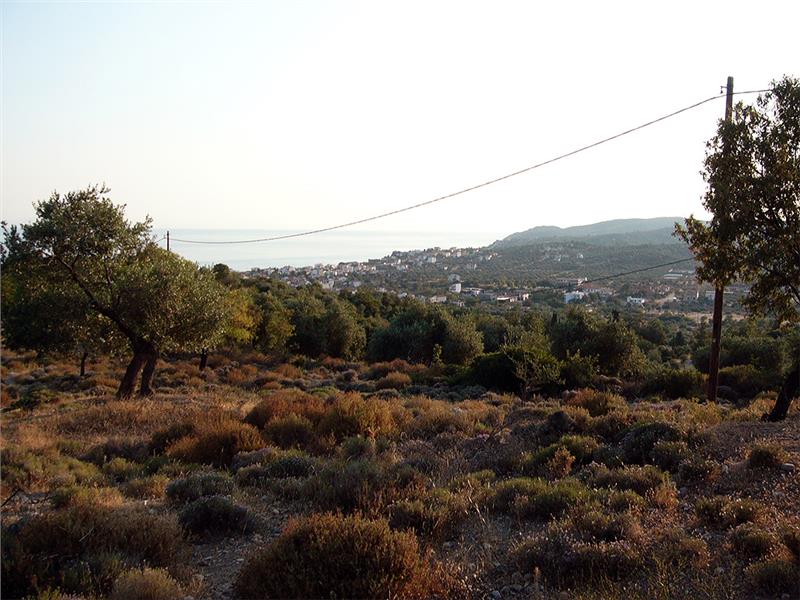 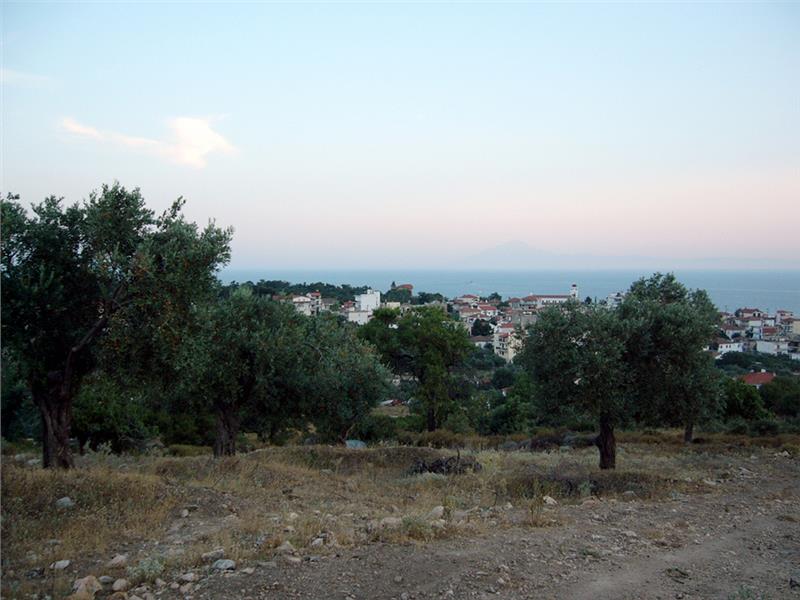 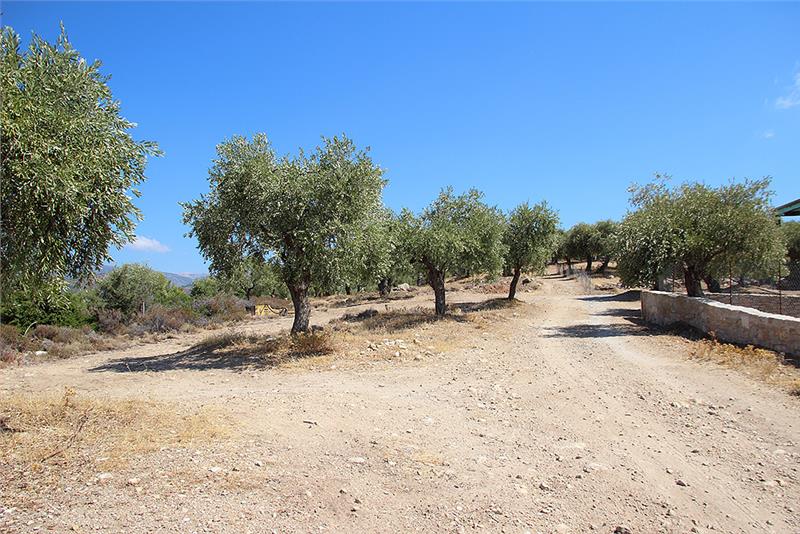